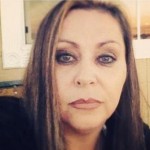 For many people, the internet is a place to engage with family and friends, and to meet fellow like-minded individuals. For others, the internet is a place to spew their venom behind keyboards without consequence. In the MANY years I have been online, I have seen some of the filthiest people ever imaginable engaging in behavior that they wouldn’t participate in if they were standing in your face. The internet is a fun place…for the most part. The world is at our fingertips. Anything we would ever want to know about we can discover in a few clicks of the keyboard. But, there is a dirty, demented corner of the web that human trash lives in. Human trash is even too nice to of a descriptor for these subhumans. They spend every moment of their day spewing the vilest filth about people they don’t know. Prurient word vomit that only an insane person would believe, but it’s out there and there is an audience for it and they eat this crap up! They live for it and the more disgusting the allegations, the more they want of it. Disgusting, filthy, vile accusations without merit and based solely on schizophrenic fantasies is posted, and none of these ‘people’ want to do their research, but solely believe in the human garbage who calls himself the “High Command”. A man who believes he is “one man away from Trump” and that he is on a presidential task force to take down pedophiles and sex traffickers, but he does none of this. He is an unemployed former pizza delivery man who couch surfs to avoid being homeless. It is my opinion that this man is probably an untreated schizophrenic who absolutely displays delusions of grandeur and is exhibiting a god complex because of his mental illness. I don’t even have to mention his name. I won’t. His name is the equivalent of feces and being associated with him is like rolling in cat piss. The stench never comes off of you. So to those lovers of the human turd…tread thoughtfully. When his reign of terror is over you’re going to be sitting there a lonely lemming who has literally wasted precious moments of their lives that could have been better spent in church since they all claim to be such devoted followers of Christ. His harassment WILL end using every legal avenue available and that is a promise.

So, how did this start? Over a decade ago, a weirdo came bursting into the HaLeigh Cummings case. My best friend, an attorney in Florida took on representation of the mother of the missing child. Weirdo fancies himself an “award winning journalist” with no credentials to speak of…only what he claims which was the equivalent of getting a star in kindergarten for not peeing your pants that day. Anyone can claim to be anything. I am an asshole, so does that make me a proctologist? He believes his fictitious and implied credibility makes him an “investigative journalist and war correspondent”. His reporting isn’t journalistic at all. He’s a mentally ill blogger who makes baseless accusations filled with prurient sexual fantasies and vitriolic spew with not one iota of evidence of fact. NOT ONE proof of fact ever.

So, Mr. Pretend Journalist got mad that he was being blown off for being the unstable weirdo that he is, and he started sending sexually charged emails demanding that very personal questions be answered or he would contact every person she knew, including her children, neighbors, associates, etc. Normal people don’t do this. People who have severe mental illnesses engage in this sort of behavior and that is what he has done for over a decade. Anyone who ignores him or doesn’t treat him the way he thinks he should be treated become targets of his harassment. This man has posted the most vile filth on the internet about dozens of innocent people and all because of his own inability to accept that maybe people just don’t want to be bothered with him because he creeps them out. He has restraining orders for his aggravated harassment and stalking.

Mr. Pretend Journalist has many restraining orders and warrants for his arrest against him. In fact, he and his associate currently have criminal charges in Ohio for menacing by stalking me and have warrants for their arrest for failure to appear at their pretrial. More charges are forthcoming.

And on that note, I’ll finish this later.

No comments to show.